How will your proposal, if activated, benefit BitDAO?

This proposal will improve BitDAO governance and allow it to scale — let alone many other DAOs. Moreover, it might become a profitable investment.

This is a discussion. If there is interest, a team will be formed to present a concrete proposal.

How to improve DAO governance

Voting mechanisms could be used in any combination. For example, a DAO member could use the following mechanisms: 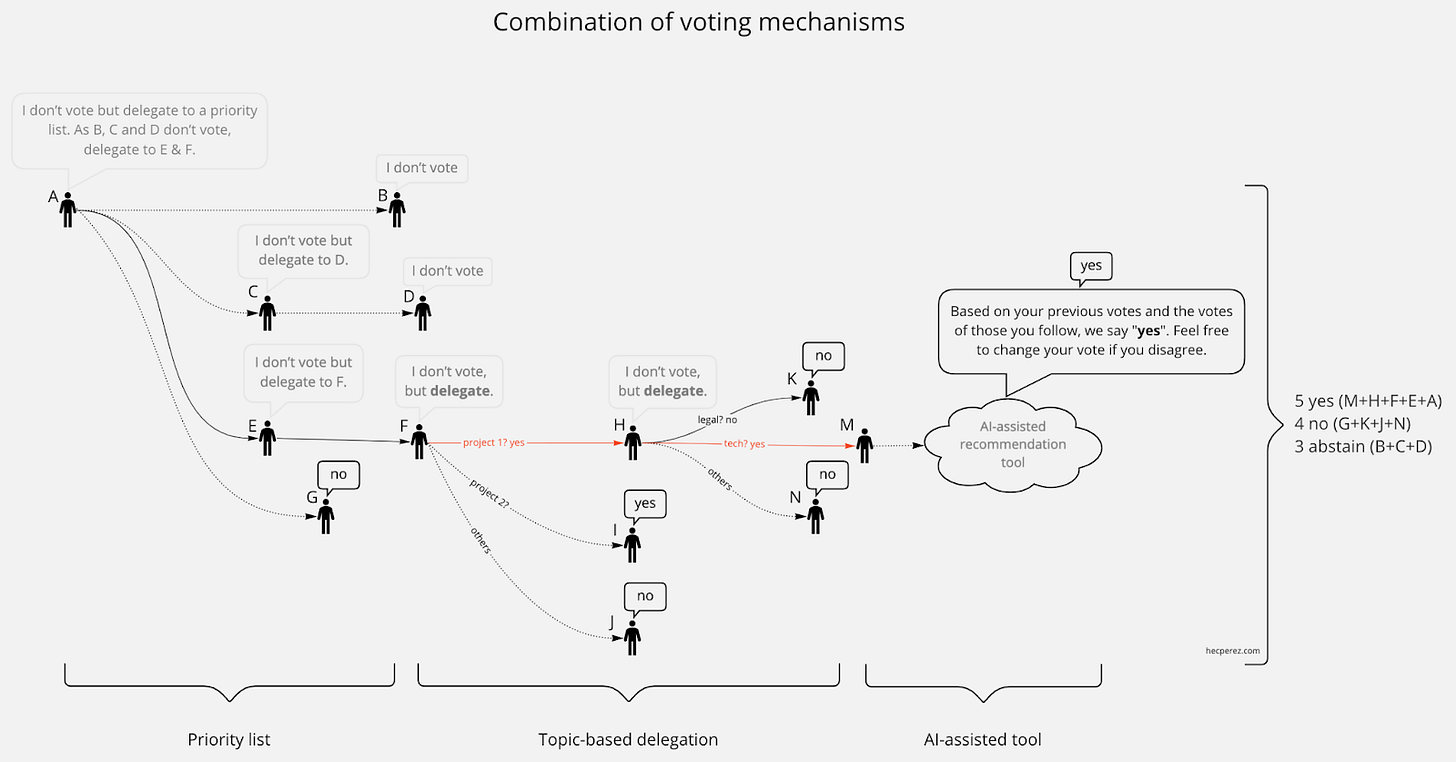 People could delegate to different addresses depending on the topic, project, team, etc.

People could create priority lists like Twitter lists. Everyone could then use them to delegate or be part of any voting mechanism. For example, someone could make a list of MIT professors — and use it in different DAOs.

When a person is involved in many votings, an AI-assisted tool could be handy. It could vote for us depending on our past votes, the votes from people that we follow, etc.

We could receive a daily or weekly email with the AI votes so we can override them if we disagree.

As we will explain later, this would benefit from two-layer voting. That way we could use recommendation systems built by people we trust — even built by us.

What if DAO members could use third-party voting mechanisms — or build their own?

This would lead to more voting mechanisms. Also, you wouldn’t need to trust, for example, the AI recommendation system from above. You could build and host it yourself or use one from someone you trust.

How could a system like this work? By splitting votings into two layers and decoupling the following:

A DAO would use one 1st-layer voting platform or protocol. Then, people would use any number of 2nd-layer voting mechanisms — not defined by the DAO.

L1 would consist of the following:

Then, L2 would handle the voting of the proposals. This could be on- or off-chain.

In any case, any eth address — with or without voting rights — should be able to “vote”. If an eth address doesn’t have voting rights, its direct voting power will be zero. Yet, other addresses will be able to use their votes. They could delegate or use them in other voting mechanisms.

If an eth address A delegates to B, A’s provider would subscribe to changes of B. That way, when B votes, A would also vote. Then, anyone else who cares about the vote from A would know. This would enable advanced voting mechanisms.

I wrote a new piece that explains why this proposal could help the world — besides BitDAO and other DAOs.

It talks about a network city but it also applies to DAOs in general. 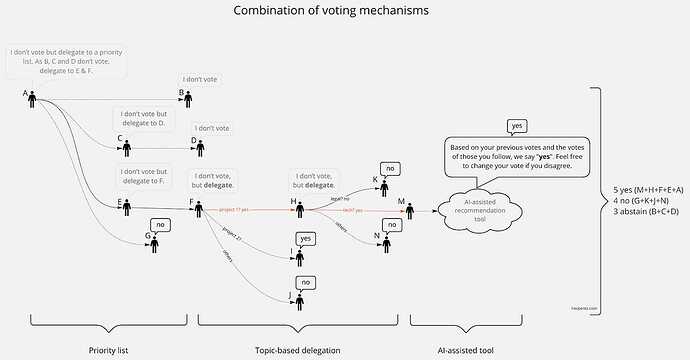 > The biggest problem in the world is not global warming, war or poverty, but how we organise among ourselves to make good decisions and carry them out — Alex Pentland, MIT professor

By the way, at this stage of the proposal, your feedback would help a lot.